Just like the school you went to, Schools in Japan also do have school uniforms, but there are many differences between schools. For example, some schools require the students to wear a skirt of a specific length and color, while other schools have different skirts for different grades.

The school uniforms in Japan act as symbols of what type of school one attends and what social status they are in. The uniform reflects the unity that happens at Japanese schools, especially those wearing uniform colors that represent the same club or activity. In some cases, they can also determine whether one is rich or not based on the quality of their uniform. 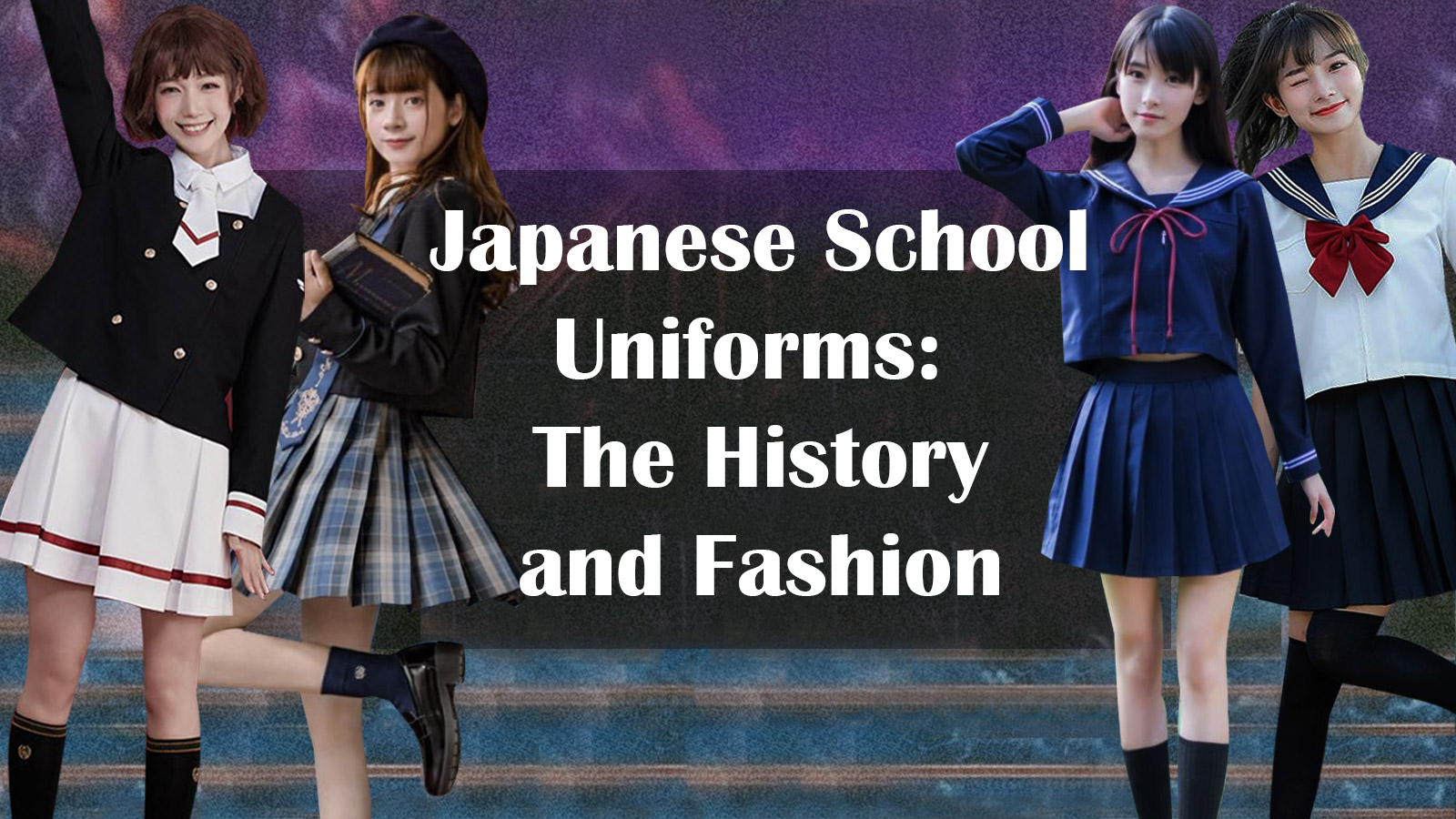 School uniforms in Japan have a tradition that goes back to the Meiji period (1868-1912). That was an era of modernization and industrialization, where significant changes were based on factory-based manufacturing, mass production, and the all-male workforce. The new economic growth produced a demand for uniforms as well. If a worker were paid more, he'd be expected to purchase better clothing.

At the same time, schools were adopting uniforms for higher levels of school, namely middle and high schools.

In the 1860s, boys in Japan wore Chinese-style robes with a black "hakama"-a pleated skirt around the waist. The "hakama" is a traditional Japanese clothing item that samurai wore during the Edo period. The girls during this time mostly wore kimonos, with a few girls beginning to wear western-style clothes.

In the early 1900s, girls wore sailor outfits, with a short kara haori (camellia-colored coat) and white sailor's uniform skirts. Boys wore similar sailor-style uniforms to the girls. The uniforms were utilitarian and were intended to be used all year.

In the 1920s, boys wore sailor, or military-style uniforms, and girls wore a white uniform with a sailor-style jacket, a sailor hat, a pleated skirt, and white socks. In the 1930s, boys' uniforms became more casual, with short jackets and pants in simple colors such as brown. By around 1925, schools began to adopt uniforms. Some schools allowed students to wear long pants, but most of the uniform was still made up of school-specific, dark gray-brown wool that became common in Japan at the time.

In the late 1950s and early 1960s, boys' uniforms began to change. The "hakama" (pleated skirt) and cap were replaced with trousers and a peaked cap version of what is now known as a "gakuran".

Most Japanese high schools have a uniform, but there are those that have special uniforms that have become widely used by students. Here is a list of styles of uniforms worn by high school students in Japan. 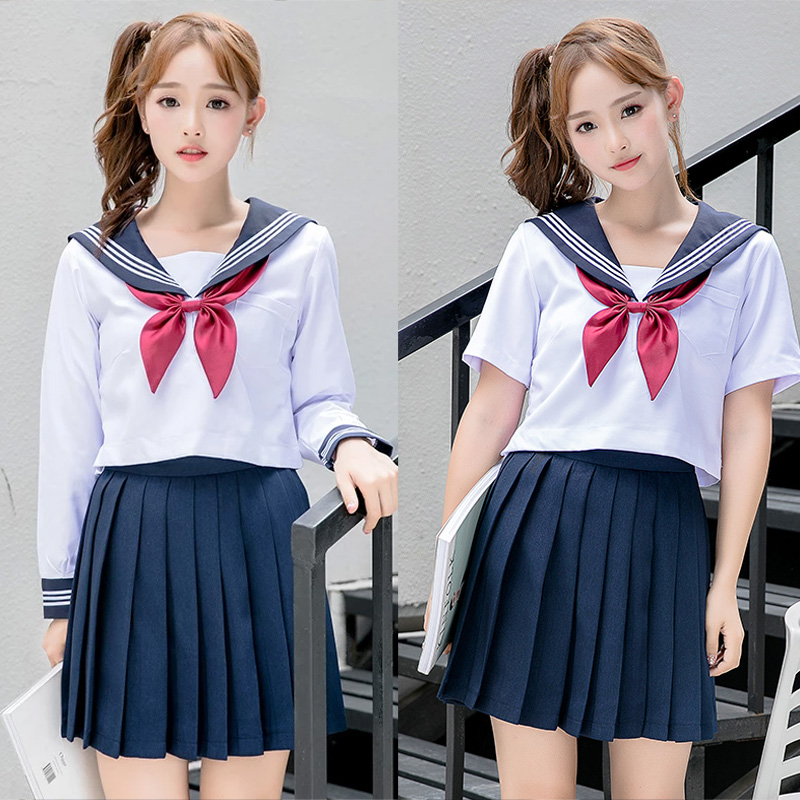 The sailor uniforms are most common in the Kanto area. This uniform is commonly referred to as the "Kanto-teki style" and is a more casual and lighter uniform for high school boys in Japan. The sailor outfits consist of a white button-down shirt with white shorts, a tie, and a navy blue gakuran.

Most Japanese high schools have a uniform, but there are those that have special uniforms that have become widely used by students. Here is a list of styles of uniforms worn by high school students in Japan.

The Gakuran style for female students is very similar to the traditional school uniform for boys. The original gakuran uniform was used during the Edo period, but it changed to the modern-day version in the Meiji era.

Moreover, the uniform consists of a dark-colored blouse, white shirt with bow-tie, a ruffled skirt, dark stockings, and dark shoes. During the 1920s and 1930s, the uniform was simplified to be more comfortable.

This style of uniform is less common, but it has become more popular in recent years. There are a few schools that have this type of uniform available for their students. The boys will wear a white shirt, black pants, and black shoes with the colors on their tie and belt matching the colors of their school's logo. The girls wear a knee-length skirt with an above-the-knee blouse and bow tie, both in the color of their school's logo.

This uniform is common in the Kantō area. The boys wear a dark military-style shirt, with a tie or necktie in the school's colors. The boys' pants are "matching" and are also dark, while the girls wear long skirts with ties or neckties in school colors. Some schools may still have students wear long white pants as well as a military uniform. 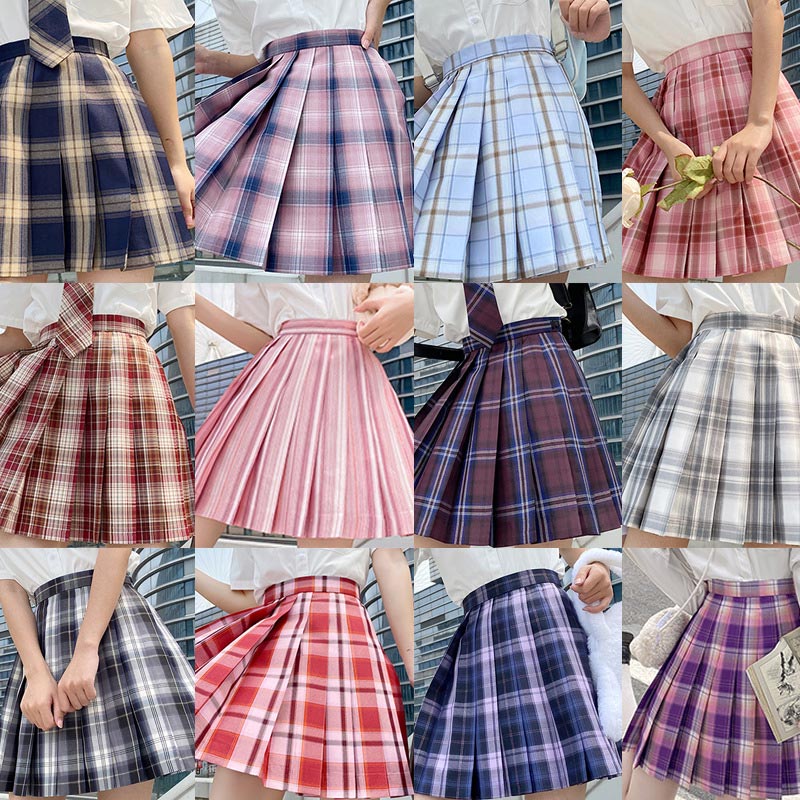 The checkered uniform is rare, but this style of uniform is not uncommon in Okinawa and San-in areas. There are some schools that have this uniform, but it isn't as common as the previous three uniforms. The boys wear a white shirt with a button-down collar, with a dark blue or navy blue tie and belt.

The Kantō-style school uniforms are the most common type in Japan. They consist of a dark-colored button-down shirt and a dark-colored tie, a long pair of pants and shoes with no socks or tie, a navy blue jacket, a dark belt with a buckle, and long black socks. Some schools may still have students wear long white pants as well as their school uniform. 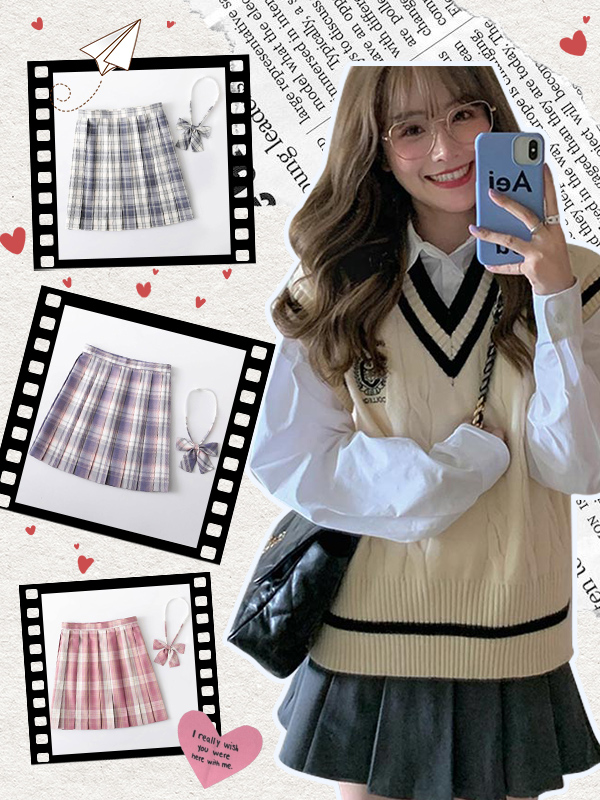 Since the Meiji period, Japanese people have taken an interest in western culture, which resulted in a large influence on Japan. One such form of western culture that took root in Japan was the sailor uniform (or "sailor suit") worn originally by sailors.

During the second half of the Meiji period, students from elementary school through high school began to wear sailor uniforms as well as girls who were attending coeducational schools. Their uniforms had a European style and were made from simple wool materials.

The sailor uniforms were a new style for Japanese schools to adopt, and most schools did not have the finances to afford them. For their students to pay for the uniforms, some schools required them to wear sailor suits while they attended school.

For example, in high school in Hokkaido, students had to wear "sailor suits" where boys wore navy blue "hakama" and girls wore white skirts with navy blue blouses. The navy blue color was to show the unity of both genders.

The sailor uniforms have continued to be a part of Japanese schools, and since they are so popular, many Japanese companies have used them in their advertisements. The reason these uniforms are so popular is that they're simple and easy to wear as well as being very comfortable. They're also easy to wash and dry and can be worn repeatedly without showing any signs of wear or tear.

In Japanese schools, some students still wear sailor uniforms or "hanko tokidoki," but not all. In recent years, sailor suits have seen a decline in popularity because of the westernization of Japanese high schools. With the push for more standardized clothing and clothing production techniques, many companies have discontinued using the sailor suit. 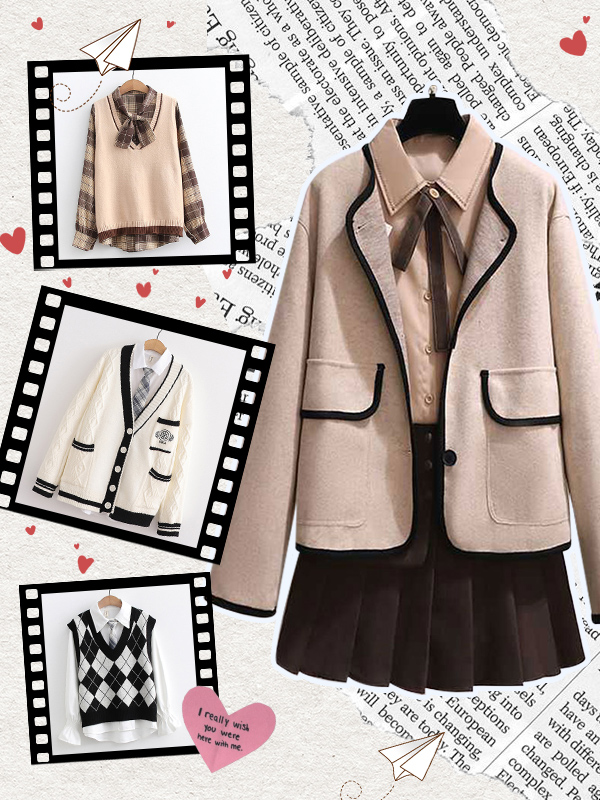 School uniforms in Japan are similar to their American counterparts. Whereas American schools are based on the military style, Japanese high schools have a formal and modern uniform. On January 1, 2012, all Japanese public school students were required by law to wear a school uniform. This new law requires that all students of all ages wear the same uniform regardless of gender or grade level. This law is aimed at both improving students' appearance as well as creating an equal learning environment between students. The Japanese school uniforms have a color code, and the boys' uniform is slightly different from the girls'. Boys are required to wear dark-colored pants and a blazer with a tie, while girls must wear skirts and blouses with neckties.

It's no secret that some of the world's most prominent cultures have uniforms. The Japanese also have a uniform system of sorts. They call it kirei desu, or "a good appearance." That means everything from how you dress to how you speak, and your general demeanor towards others is meant to communicate your true self, which is something we all strive for. 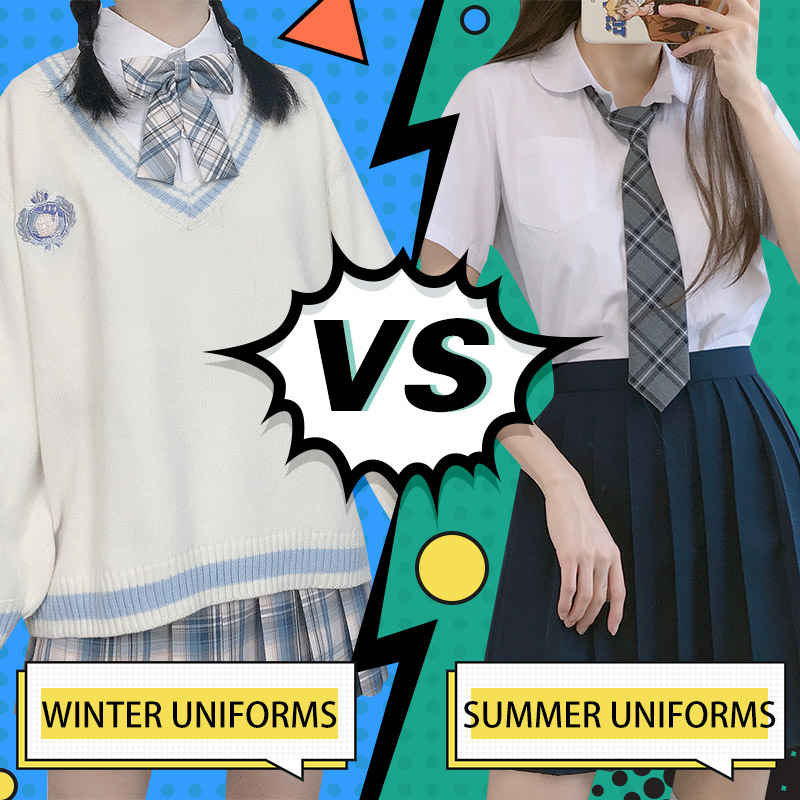 Japanese school uniforms also tend to follow seasons. There is a winter uniform and a summer uniform. However, some schools have chosen to give their students the option of wearing the school colors during warm weather. The summer uniform is more casual than the winter one, and it doesn't consist of a blazer, which is only worn in winter.

During winter, the Japanese school uniforms include dark pants, a blazer, and a tie (boys) or a kimono-style coat (girls), both worn with dress shoes. The white shirt is also worn under the jacket.

During summer, the school uniform consists of short pants, a short-sleeved shirt, and leather loafers. The shoes are often slip-ons because they somehow seem to go better with the summer uniform shirts. School skirts for both boys and girls are also required during this season.

In the streets of Tokyo and other major urban areas, students also follow unique school uniforms. While most Japanese students wear traditional uniforms, there are a few very strict rules about what type of clothing to wear on the streets.

According to this rule, girls don't have much freedom when it comes to school clothes. They are expected to dress modestly and cover their shoulders and necks with shirts that have long sleeves. Boys almost never wear short pants or skirts because they violate their uniform standards. 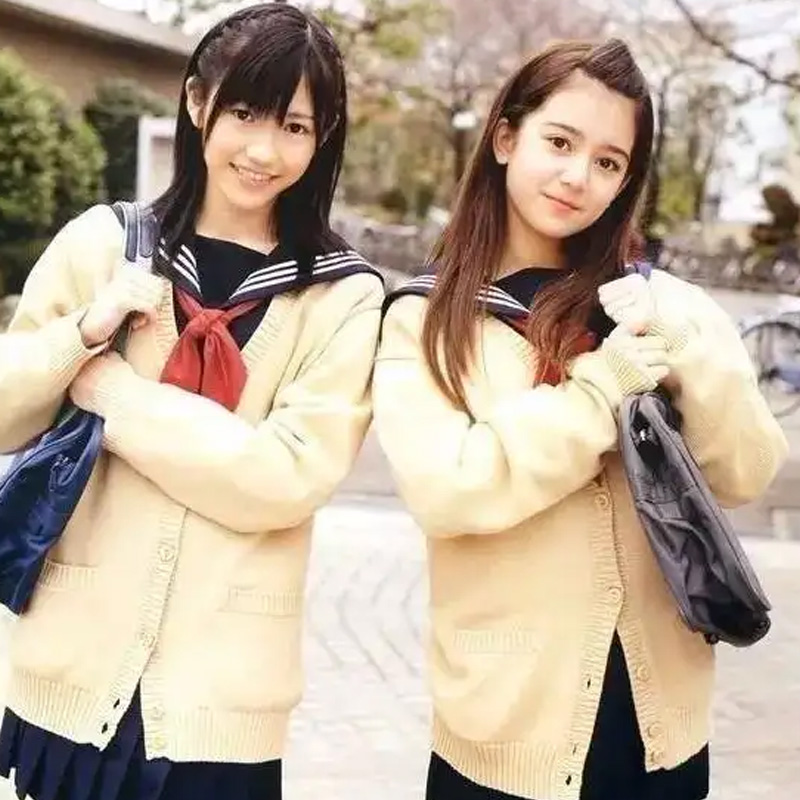 For you to look like Japanese schoolgirls, it is important to keep your hair and skin well-manicured, choose a trendy outfit that fits into the Japanese culture, and always carry make-up with you at all times. Below are some outfits that you can try on: 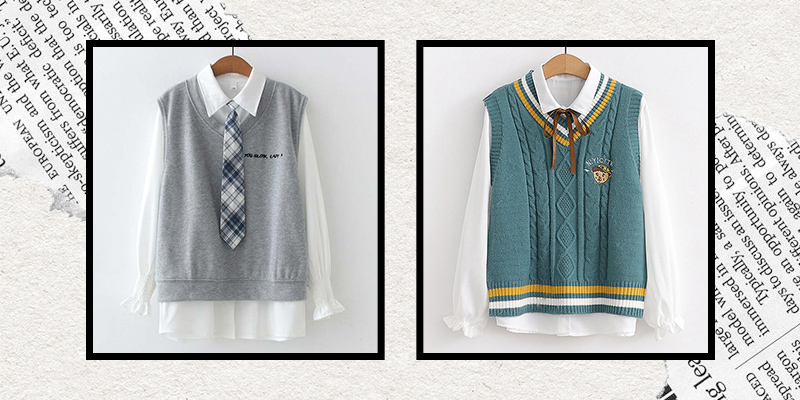 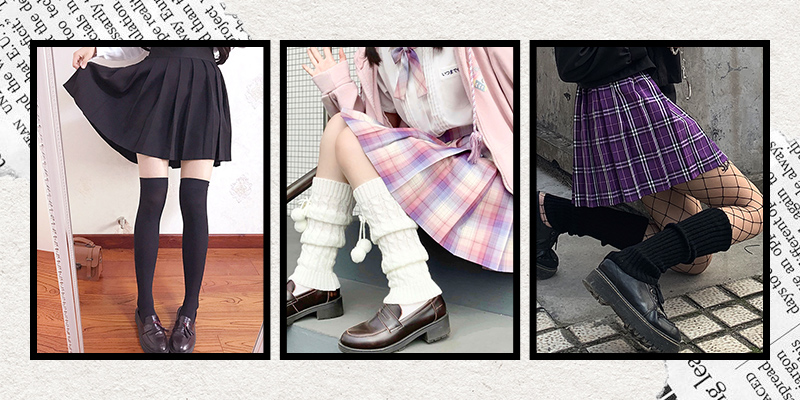 That is not just any socks, but knee-high socks. Many Japanese schoolgirls wear socks with their uniforms and even with casual outfits. Japanese socks come in a variety of colors, designs, and shapes.

Japanese schoolgirls wear loafers, which are simple and plain with no decoration. Flat shoes help the school girls move quickly on the go. 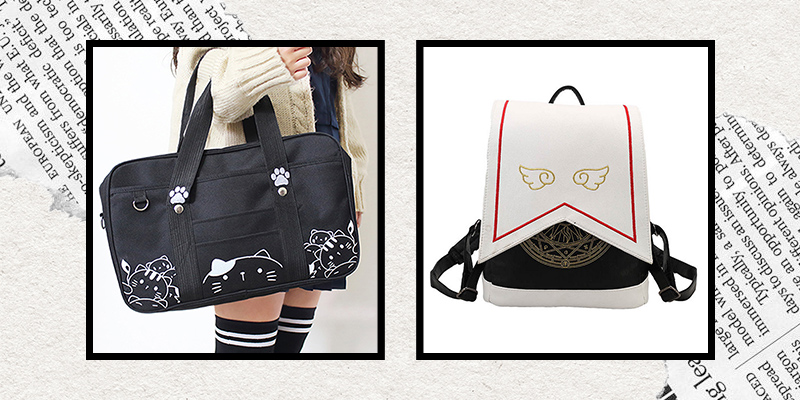 In Japan, some schools have their bags designed with their school's signature color. A lot of the bags have a string bag attached at the top for easier carrying. However, students can buy the bags separately at any department store. The bags also come in a variety of colors, designs, and shapes.

Schoolgirls wear ribbons and ties as bows in their hair. Their bows are usually red with yellow or white ribbon. These ribbons and ties come in a wide variety of colors, designs, and lights. They also come in fabric varieties, such as knitted ribbons.

As you can see, Japanese school uniforms are very simple and comfortable. They adorn the country's population, and today they have become a part of modern life. Japan is a very safe country, but it still has its own share of problems, and it is good to keep in mind that when you are walking around Japan, you need to make sure that everything about you is just right.